How the Golden Ratio Can Guide Your Leadership

Home/Your Development/How the Golden Ratio Can Guide Your Leadership
Previous Next
loading...

How the Golden Ratio Can Guide Your Leadership

Sunflowers have it. Pine cones have it and so do pineapples.

Leonardo Di Vinci used it in his art.  Many architects and builders use it.

In non-geek terms, the golden ratio is basically a math term that describes a ratio, 1 to 1.618 that is commonly found in nature.  (See the end of this post for more details)

Around 1200, mathematician Leonardo Fibonacci discovered the unique properties of the Fibonacci sequence which basically is the sequence of numbers where each number is the sum of the previous two numbers and is same as the golden ratio.

This sequence ties directly into the golden ratio because if you take any two successive Fibonacci numbers, any way you divide the numbers you end up with the same basic ratio.  Getting even higher, the ratio of 144 to 233 is 1.618

Since it so perfect in nature and building, why not use it to help in leadership.

New leaders should receive development in the 1st year, 2nd year, 3rd year, 5th year, and 8th year. Think about the strength of the foundations of leadership each leader will have and the combined capacity our organization would have.

New Habit for Your Goals Review

Coaching Thoughts – For You and Your Peers

Examples of the golden ratio in nature. . .

Flower petals: The number of petals on some flowers follows the Fibonacci sequence. It is believed that in the Darwinian processes, each petal is placed to allow for the best possible exposure to sunlight and other factors.

Seed heads: The seeds of a flower are often produced at the center and migrate outward to fill the space. For example, sunflowers follow this pattern.

Pinecones: The spiral pattern of the seed pods spiral upward in opposite directions. The number of steps the spirals take tend to match Fibonacci numbers.

Tree branches: The way tree branches form or split is an example of the Fibonacci sequence. Root systems and algae exhibit this formation pattern.

Shells: Many shells, including snail shells and nautilus shells, are perfect examples of the golden spiral.

Spiral galaxies: The Milky Way has a number of spiral arms, each of which has a logarithmic spiral of roughly 12 degrees. The shape of the spiral is identical to the golden spiral, and the golden rectangle can be drawn over any spiral galaxy.

DNA molecules: A DNA molecule measures 34 angstroms by 21 angstroms at each full cycle of the double helix spiral. In the Fibonacci series, 34 and 21 are successive numbers.

About the Author: Michael Holland

Michael Holland unravels the mysteries of leadership. Michael is a professional executive coach and trusted advisor to executives who seek to become better leaders and build cohesive teams. Michael’s wisdom and insight are the product of 30 plus years of leadership experience and an uncanny, natural ability to perceive the questions that need to be asked. His newest book -- The Missing Leader: One Man's Journey to Leading Well - A Leadership Fable -- is available on Amazon.com (http://amzn.to/2nsZzhK) 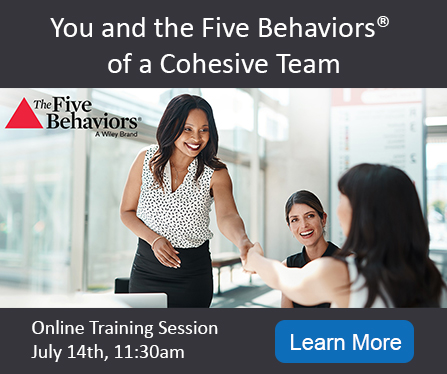